Marne, a land of history

Each site still bears the scars which can be seen today. The key sites dedicated to living memory are places for contemplation. Fort Herbillon, Mondement Monument, Navarin Ossuary Monument, Dormans Memorial, Interpreting Centre in Suippes, Mont Moret, several memorial sites in Argonne and numerous military cemeteries, the history of the last century still has a voice in our region.

Marne, the name of the two decisive battles of the Great War; the name of an area that still today, through its deep scars, bears witness to the bitterness of the ceaseless fighting that continued throughout the Great War, from 1914 to 1918.

Emblematic monuments and numerous cemeteries delineate the historic front. A multitude of nationalities are represented here and the soil of Marne respectfully hosts the largest number of military graves of all French departments with 164,145 soldiers' tombs.

Explore the "Histoires 14-18” app to dive into history and learn about the Great War in Champagne and in the Ardennes with the reporter Augustin Berger.

Between 1914 and 1918, the First World War was fought mainly on the Western Front in Europe.

A line more than 700 kilometres long linked the North Sea to Switzerland, along which the biggest battles of the Great War occurred: the Marne, the Artois, the Champagne, Verdun, the Somme, the Chemin des Dames...

A century later, a reporter leads the investigation on the Western Front of the Great War. Augustin: a name that his parents gave him in honour of Auguste Thin, the corporal tasked with selecting the unknown soldier who rests to this day under the Arc de Triomphe in Paris...

Available from the App Store and Google Play:

The Marne: a heavy tribute to the "Great War"

It is sometimes difficult to locate the place where a soldier fell during the First World War. Discover the sites that will allow you to carry out effective research into graves (necropolises, military cemetaries, isolated tombs).

Since the year 2000 MemorialGenWeb, a sub-division of FranceGenWeb, has provided a list of the memorial heritage in mainland France, French overseas territories and abroad in every form (monuments to the dead and commemorative monuments, plaques, graves).

The site is a very complete database allowing users to carry out effective searches for graves (necropolises, military cemeteries, isolated tombs), providing lists divided by department and by municipality of the memorial heritage of contemporary conflicts. For every "death for France" on the inventory there is an individual file.

The website of the Ministry of Defence's Direction de la Mémoire, du Patrimoine et des Archives ( Directorate of Memory, Heritage and Archives - DMPA) allows searches to be carried out into people deceased during a contemporary conflict through databases that may be consulted online.
It provides access to nearly 1.3 million files of soldiers who died during the First World War, along with 200,000 files of those who died during the operations that took place between 1939 and 1945. 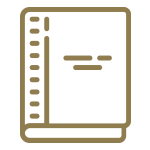 Mission centenaire
Back to top